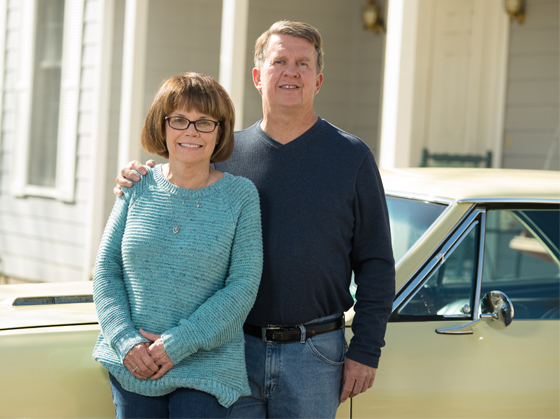 My Pledge To You

I pledge to you that I will uphold the constitution of Missouri and will always remember that I have been entrusted to represent the citizens that have elected me as their State Representative in District 162.

Bob grew up in a small rural community in Southeast Missouri and graduated from high school in Bismarck, Missouri. Shortly after high school graduation, Bob enlisted in the U.S Army and served as a medic with the 2nd Evacuation Mash Hospital at Fort Benning, Georgia. Duties included providing medical support to the Airborne jump school and the Rangers training camps. After release from active duty, Bob served an additional two years in Missouri National Guard while attending college at Southeast Missouri State University to earn his teaching degree.

Bob married Sandy in 1975 and they taught school in Southeast Missouri. Bob deciding after a few years decided to attend the University of Missouri-Rolla and graduated in 1981 with an engineering degree. After graduation, Bob accepted a position with the Empire District Electric Company and held various management positions including Enviornment Director & Power Plant Manager, throughout a 35 year career retiring in 2016. Sandy continued teaching after their four children were in school and retired in 2014 after 15 years of teaching in Joplin Public Schools.

Bob has been involved in many community activities over the years including the Boy Scouts, coaching youth basketball, baseball and soccer, the Lions Club, and the American Legion. He has been a member of Sacred Heart Catholic Church in Webb City for over 35 years.

© Copyright 2018 by Site by Full Bore Studios. Paid for by The Committee To Elect Bob Bromley